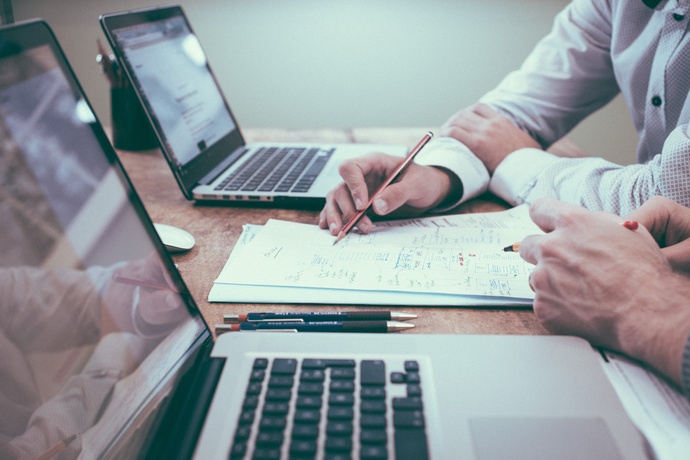 On May 31, 2021, a round table “Data law and data rights: state regulation policy” was held in offline and online formats. The event was organized by the National Center for Digital Economy of the Lomonosov Moscow State University (NСDE MSU), the host organization for the NTI Competence Center for Big Data Storage and Analytics Technologies, as well as the Institute of Law and Public Policy and the Institute of the Information Society (IIS).

“The title of the round table contains two semantic parts of the event. The first part will be devoted directly to the regulation of data circulation, big data – how is it done in Russia, what is the foreign experience of such regulation … In the second part we will discuss the question of how data can help develop law and law enforcement practice, “- said the moderator of the round table Sergey Afanasyev, NСDE MSU leading specialist.

Yuri Hohlov, Chairman of the IIS Board of Directors, project leader for Monitoring and Standardization of Big Data at the NTI Big Data Competence Center, Moscow State University, made a presentation on the national policy of working with data in Russia. “The situation in Russia is such that we are not yet globally competitive either in the market for working with personal data or in the market for working with industrial data (that is, data used in industrial production, agriculture, healthcare, etc.)” , – said the speaker. In this regard, in his opinion, it is extremely important to form a national state policy on working with data in the Russian Federation, to develop tools for the implementation of such a policy.

“The tasks of forming a national policy and its implementation are the primary tasks that need to be solved now, including within the framework of the strategy of socio-economic development of Russia until 2030 being developed today. In a number of areas, in an explicit form, it is necessary to take into account the possibilities that digital technologies and data processed with the help of these technologies bring,” Yuri Hohlov noted.

He added: “The issue related to national security and industrial data management, the further, the more will come to the fore, primarily for the Europeans and here in the Russian Federation. Therefore, the presence of a targeted state policy, supported by an appropriate national strategy and action plan for its implementation, is one of the challenges for the Russian Federation, both for government of the country, business, civil society and the academia).”

Yaroslav Eferin, World Bank digital transformation consultant, shared that, according to the IDC forecast, the global volume of data will grow five to six times in five years. “The important point is to extract value from this data, which is collected in such large volumes, and use it in the interests of citizens, governments, private business, the scientific community, in order to receive digital dividends. Of course, the state plays a special role here as a key agent of the entire ecosystem and the main regulator making strategic decisions in this area … In particular, the state solves a number of moral problems – what we call data ethics,” the speaker said. He explained that in most countries data ethics are not documented and are at the level of expert discussions.

In his report, Yaroslav Eferin noted the growing number of artificial intelligence (AI) and data strategies around the world: at least 50 countries have already developed or are developing their own strategies.

National data policy aims to ensure and maintain trust in the data ecosystem and related institutions. In particular, at the legal level, this is facilitated by laws on the protection of personal data, cybersecurity, open data, as well as individual laws and regulations.

Nikolai Dmitrik, head of the laboratory of legal informatics and cybernetics at the Faculty of Law of Moscow State University, raised the question of who sets the rules for working with data, expressing an alternative point of view relative to the previous report. “The rules for working with data are not currently set by the state … Why did the state regulation suddenly break down? Because each state, trying to regulate data, establishes rules that insist on its own exclusivity: Russia applies the federal law “On Personal Data”; Europe – GDPR; USA – the laws of the state where the relationship takes place; PRC – the civil code, etc. Everyone pretends that they are exclusive, that only they act, thus nullifying each other,” the speaker said.

This was followed by a discussion of the participants of the round table. In particular, a leading researcher at the Institute of Management Problems of the Russian Academy of Sciences, an expert of the project on monitoring and standardization of big data of the NTI Competence Center for Big Data of Moscow State University, a member of the IIS Supervisory Board, Alexander Raikov, spoke at it. He proposed criteria and principles for evaluating data in Russia: strategic, correct, completeness, cognitive, convergence. “Data should create conditions for the implementation of the country’s development strategy,” concluded Alexander Raikov.

In the second part of the event, Roman Smirnov, head of information technology and data science at the NTI Competence Center for Big Data at Moscow State University, spoke about how modern text recognition technologies can contribute to the development of machine-readable law.

In particular, the Center’s team has developed a solution capable of classifying and verifying documents based on natural language processing (NLP) and graphical recognition technologies. The combination of these technologies helps the machine to classify even visually indistinguishable documents (for example, an organization’s charter, invoice, sales contract, lease, etc.). Verification means checking whether a document meets certain requirements (for example, whether it contains seals and signatures in the required places).

One of the options for using the development is to create a smart legal assistant for entrepreneurs and citizens. Such a program, based on the correspondence with the user, forms a simple and correct answer to legal questions. The assistant’s work algorithm assumes that the incoming request is first recognized, then the necessary information is requested (including documents according to a specific list with checking their content), then, based on the information received, a draft response document is automatically generated with the ability to assess legal risks.

Training neural networks on data arrays of legislation and law enforcement practice using NLP also allows you to get closer to machine-readable law. For example, the Center’s team has created a model capable of extracting the following data from the texts of court decisions: the defendant, the article for which he was prosecuted, year, sentence, region, city, etc. These results can be used to form knowledge bases (for example, high-quality and reliable statistics), creation of training simulators, monitoring of changes in legislation.

Igor Tereshchenko, head of the direction of legal research and legal support of the NTI Competence Center for Big Data at Moscow State University, said that data analysis is already used in US criminal law, in the same country there are databases for the implementation of regulations, document classification, etc. Programs supporting adoption solutions allow judges to minimize the number of routine tasks and concentrate on more creative ones. “Replacing a judge with a completely artificial intelligence is ruled out, since it is still only an auxiliary tool,” Igor Tereshchenko explained.

In Russia, AI is being used in pilot mode at three judicial districts in the Belgorod region. The technology is used to prepare orders for the collection of property, transport and land taxes.

Automation of law is inevitable, Igor Tereshchenko is sure. It will help to truly implement the principles of legal certainty and consistency.

The full-fledged appearance of machine-readable law, according to the speaker, requires a unified ontology – the highest level of formalization of knowledge for the presentation of legal norms in precise digital form. “Now the automation of law requires its own ontology, its own units, on which the legal norm will be based, formulated in a new way, in a new language, understandable to various machines and computer technologies. This is a very big problem that must be solved gradually and through the interaction of various parties,” Igor Tereshchenko believes.

At the current (initial) stage, when a unified ontology has not yet been created, the speaker sees the task of researchers in creating solutions similar to those described by Roman Smirnov. “When creating current solutions, we do not replace existing norms, we do not replace human language. We work with existing norms and language. This already helps to automate the right. In its full form, machine-readable law will, of course, presuppose a global ontology created by the efforts of many lawyers. I think this should be a distributed effort with access to a single infrastructure, where everyone can take part, working according to certain rules,” explained Igor Tereshchenko.

In turn, Yuri Hohlov, within the framework of the discussion, expressed doubt about the possibility and necessity of building such a global ontology and, on its basis, an ontology for regulating relations with the help of law. “It is necessary to start with the construction of ontologies of individual narrow subject areas (spheres of activity), which are much simpler, and the solution of such a problem is quite achievable in the foreseeable future, which cannot be said about the construction of an “ontology of everything”, the speaker believes.