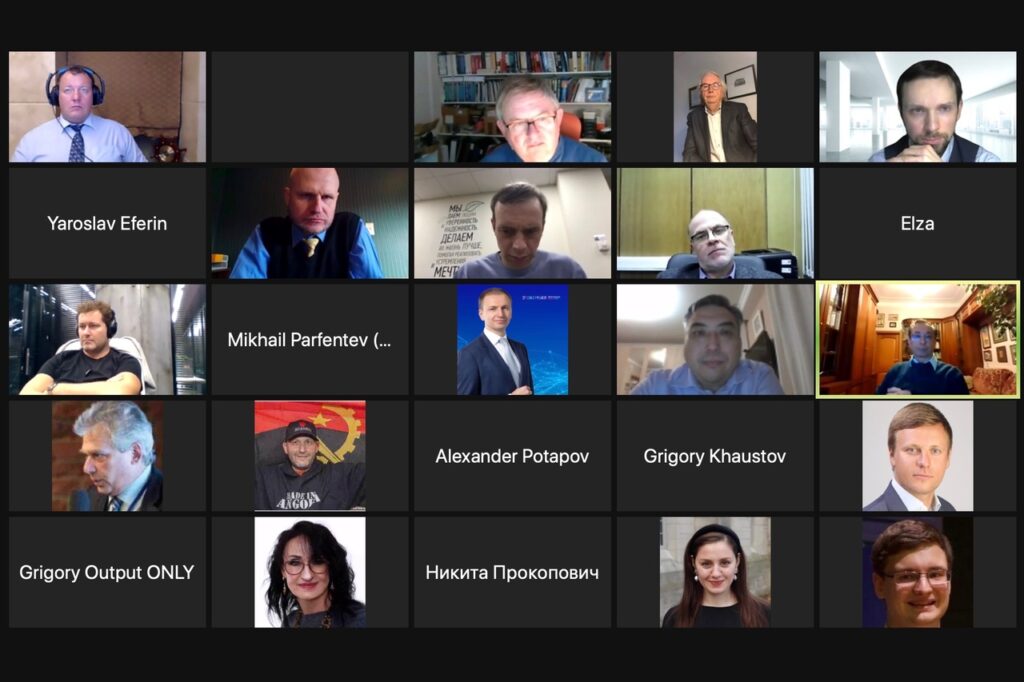 On January 20, 2021, the online cycle of expert sessions on data policy issues “Data as a key factor in the competitiveness of the Russian economy” was continued. As part of the third session of the cycle, an expert discussion “Reaping Data Dividends for Socio-Economic Development” took place. The session was organized by the World Bank in cooperation with the Center for Strategic Research with the support of the Institute of the Information Society to clarify the provisions of the forthcoming World Bank report on data policy in Russia.

The World Bank study is based on a conceptual framework for analyzing national data policies in the world’s leading countries, which consists of three main components: 1) data as infrastructure (policies designed to ensure reliable data management); 2) trust in data (policies that create and maintain trust in the data ecosystem and related institutions); 3) value through data (a policy that encourages and facilitates the creation of value through data). The last component was discussed on January 20: experts discussed how to extract dividends from data for socio-economic development.

The discussion was moderated by Oleg Petrov, lead digital transformation specialist of the World Bank, and Alexander Malakhov, head of digital development at the Center for Strategic Research.

“Over the past year, the World Bank has prepared a draft analytical report on data policy in Russia. We talked with representatives of the state, science, private business, civil society … Previous conversations brought us a large number of very important and necessary comments. Our team is currently working on updating the sections of the report that we discussed earlier. Today we propose to talk about how data can bring benefits, how governments facilitate these processes, what policies they follow and where this leads us,” said Renaud Seligmann, Country Director for Russia of the World Bank, in his opening remarks.

“Sharing the approach that it is necessary to increase the value of data for users (both business, government and citizens), I think it would be important … to talk not even about the actual state of affairs, but rather about how to design structures in sectors that are not yet sufficiently digitalized, … to talk about the data that have not yet been generated and which we expect to grow in the near future. In particular, the report pays considerable attention to the issue of industrial data and data that will be generated through the platforms in different sectors,” said Vladislav Onishchenko, president of the Center for Strategic Research.

“More value can be derived from data if users can access more data — not just their own data, but data from other sources,” said Andrew Stott. At the same time, data flows (from data creators to the user) have different directions: B2B, B2G, G2B and G2G. Each of the directions corresponds to certain mechanisms for accessing a large amount of data.

Yaroslav Eferin, World Bank digital transformation consultant, Russian co-author of the forthcoming report, voiced preliminary recommendations on the value of data to the national government. Recommendations are divided into several blocks: data sharing (B2B, B2G, G2B and G2G), data ownership, digital platforms, digitalization of industry, attraction and development of digital businesses, skills and competences. In particular, within the blocks on digital platforms and digital industry, it is recommended to support the development of standards in the field of data.

Declan Deasy, former director of DIGIT, European Commission, spoke about the EU’s data policy: “The European Union has a data strategy for this year. It is fully geared towards the future, towards the creation of a pan-European data space, the reusability of data from the public and private sectors, the exchange and sharing of data by enterprises, investors and so on. The Common European Data Space is, in fact, a space that ensures the uninterrupted exchange of data for both the private sector, government departments and science …, infrastructure for data sharing, exchange of competences, the creation of appropriate governance structures and the formation of a regulatory framework. These are all European Union priorities for green recovery, and data will play a key role here.”

According to Yuri Hohlov, one of the Russian co-authors of the report, chairman of the IIS board of directors, head of the project “Monitoring and standardization of the development and use of big data technologies in the digital economy of the Russian Federation” carried out by the NTI Big Data Competence Center at Moscow State University, the fact that European Union adopted a data strategy was associated with its significant lag behind the United States and China in the field of working with personal data, as well as with the concentration of huge amounts of this data with transnational corporations. “The European Union has made sure that at least industrial data can be accumulated and dividends can be extracted from them. In the same way, Russia needs to proactively form its own data policy,” said the expert.

“The issues of ensuring semantic interoperability and a nationwide system of reference data in Russia have not yet been resolved, therefore, alas, we cannot talk about a single data space unlike the European Union. Therefore, a recommendation was formulated for the development and approval of a national data strategy in the Russian Federation,” noted Yuri Hohlov.

The recommendations presented in the draft report were further commented on by Russian experts:

Yuri Hohlov summed up the discussion: “One of the main recommendations is that Russia needs its own national data strategy, as well as a roadmap or action plan for its implementation. The sooner such a strategy is formulated and adopted, the better. The main goals of the strategy should be those socio-economic effects, dividends that are achieved in the course of its implementation. It is very important to look at working with data across the entire complex of cross-cutting digital technologies. It can be said that Russia has a national AI strategy, which reflects the position that artificial intelligence technologies rely on working with big data, but this strategy concerns only AI, while other cross-cutting digital technologies such as IoT or blockchain are not taken into account.”

The expert added: “When the discussion and approval of the national data strategy are in place, it is extremely important to involve all the main stakeholders: government, business, civil society (including direct customers), academia, who work with data in their own ways and for whom it is also important to share them. The strategy should also address issues of data ownership: although we use this term, in our legislation this concept is still not regulated either at the normative or at the technical level, so we have to come up with some euphemisms for how to possess data. This does not always allow investors and large companies to invest in data economy projects, as there is a risk of losing investments.”

The authors of the report thanked the experts for their helpful comments, which will be taken into account when finalizing the report. It is planned that its preparation will be completed in the next month.