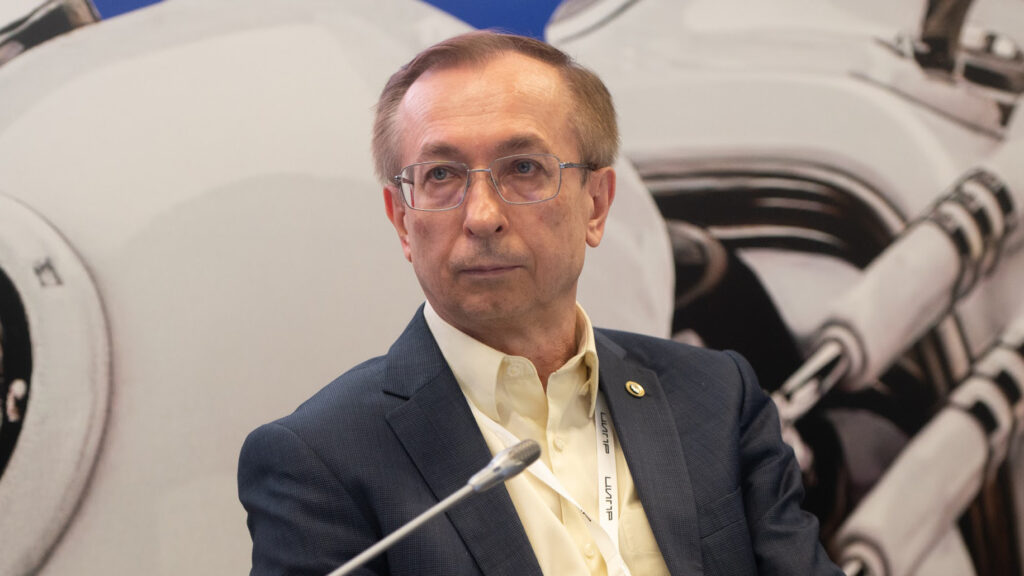 On June 23, 2021, within the framework of the CIPR-2021 (Digital Industry of Industrial Russia conference) in Nizhny Novgorod, a panel discussion was held on the issues of standardization of artificial intelligence (AI) at the national and international levels. The event was addressed by Yuri Hohlov, Chairman of the Board of Directors of the Institute of the Information Society, head of the Data Subcommittee (PC 02) of the Artificial Intelligence Technical Committee for Standardization (TC 164), head of the Big Data Monitoring and Standardization Project of the NTI Competence Center at Moscow State University.

In his opening remarks, Alexei Uchenov, Deputy Minister of Industry and Trade of the Russian Federation, said that AI is increasingly being used in automation in the areas of transport, security, education, healthcare, urban property management and many other sectors of the economy.

“Taking into account the great social significance of these tasks, special requirements for the safety of use are imposed on the intelligent technologies – both for the life and health of people, and for the environment. The only way to objectively make sure that the system in real operating conditions will work exactly as planned by its developers, and will not pose any threats, is testing the artificial intelligence system, carried out according to unified standards, approaches and requirements”, – the speaker noted.

According to him, in addition to security guarantees, normative and technical regulation establishes metrological requirements, without which it is impossible to ensure the uniformity of measurements of the functional characteristics of AI systems. This unity allows us to compare two systems designed to solve the same problem, but developed by different companies, to compare the characteristics of the system with the capabilities of the operator solving the problem manually, as well as to predict the economic effect of the use of AI systems. In addition, regulatory and technical regulation helps to solve the problem of compatibility of various hardware systems with each other.

Ensuring the confidentiality of processed data is another goal of AI standardization. “The creation of artificial intelligence systems is impossible without specially prepared big data sets, which often contain confidential information and personal data. The lack of standards that impose unified requirements for procedures, for example, anonymization, declassification of this data, hinders the development of artificial intelligence systems,” said Sergei Garbuk, head of the technical committee for standardization” Artificial Intelligence”.

TC 164 is a specialized Russian organization in the field of AI standardization, operating at the international and national levels. The committee was created on the basis of RVC with the support of the Ministry of Industry and Trade of the Russian Federation and Rosstandart in 2019 as a national mirror image of the specialized international subcommittee ISO / IEC JTC 1 SC 42 “Artificial Intelligence”. Today TC 164 includes more than 130 member organizations.

According to Sergei Garbuk, work on the standardization of AI is carried out, among other things, within the framework of the corresponding subproject of the federal project “Artificial Intelligence”, elaborated in September 2020. In December 2020, in agreement with the Ministry of Economic Development of Russia, a promising standardization program in the priority area “Artificial Intelligence” for the period up to 2024 was approved. By this time, it is planned to approve and update at least 111 standards in the field of AI.

The development of the second block of standards – standards in the field of data – is carried out by the Subcommittee “Data” in TC 164. The subcommittee is headed by Yuri Hohlov and supported within the framework of the program of the NTI Competence Center at Moscow State University. The staff of the Center participate in the activities of international working groups on data standardization and in coordinating the development of relevant national standards. Today, five draft national standards in the field of data are at different stages of development and approval.

The speaker cited the results of foreign studies, according to which the massive use of standardization (primarily in the field of industry) is economically feasible: by ensuring interoperability and interaction of industrial systems, companies can significantly increase labor productivity and thereby contribute to the country’s GRP. Similar econometric calculations of the impact of standardization on economic growth (from 0.2% to 0.9% of GRP) were carried out in several countries of the European Union, Great Britain, Canada, and Australia. Unfortunately, similar studies have not yet been done in Russia, but they would be a weighty argument in favor of standardization.

By the time Russia began to work on data standardization, a corresponding terminological standard and a series of standards for the reference architecture of big data had already been formed at the international level. “It is extremely important for us to reduce the lag behind the international level, so that after leveling the situation, we could go further and fully participate in the work on standardization, including promoting our national interests,” the speaker shared.

It is planned that in the international work on the standardization of requirements for the quality of data sets, which began in the spring of 2021, Russian experts will already take a direct part on an equal basis with experts from other countries. “These are mainly representatives of the United States and Southeast Asian countries. In order to keep up with them, Russia needs to participate in this work in the same way, so that the knowledge that we accumulate and want to transfer to our developers, users and creators of systems for working with big data is the most advanced,” concluded Yuri Hohlov.

According to him, a step-by-step development of tools and methods for working with machine-readable standards is necessary. One of the approaches is to transfer the interaction of experts in the preparation of standards to sites that support the formation of both traditional, human-readable and machine-readable representations of the text. The first steps in this direction have been made by the Skolkovo Foundation within the framework of the standartopedia.ru project.

Alexey Ivanov, Deputy General Director of the Federal state unitary enterprise “STANDARTINFORM” (the transformation into the Federal state budgetary institution “Russian Institute for Standardization” will be completed soon), spoke about the development of AI standardization in the context of the development of the national standardization system as a whole. The main document in this area is the roadmap for the development of standardization in the Russian Federation for the period up to 2027, which defines 10 areas of standardization, 48 subprojects with specific deadlines and responsible persons, as well as 10 indicators that allow assessing the implementation of subprojects. An institute of curators has been created in Russia to help technical committees resolve issues of methodological, organizational, information support, as well as issues of planning and developing standards.

Kristina Sergunova, advisor to the president of the Center for nuclear medicine of the National research center “Kurchatov Institute”, highlighted the issues of the quality of AI technologies in her speech. According to her, software based on such technologies carries a potential risk to people, the environment, tangible and intangible assets. At the same time, having a well-built quality assessment allows you to increase confidence in AI systems at the physical level by confirming the requirements for reliability, safety and functionality.

For this, the subcommittee “Artificial Intelligence in Healthcare” (PC 01) of TC 164 has developed drafts of seven national standards in the field of medicine, which, among other things, cover the requirements for a quality management system, technical / clinical trials and post-registration monitoring. Kristina Sergunova also noted the importance of creating a unified high-level standard that could systematize knowledge in the field of assessing the quality of AI systems – a draft of such a standard has already been developed.

Alexey Sulavko, senior researcher at the Department of integrated information security, Omsk State Technical University, highlighted the issue of standardization as a factor in ensuring the functional safety of AI. “Today, standards for the automatic learning of artificial neural networks and the protection of knowledge of artificial neural networks are only in Russia: one standard has been adopted, one is under public discussion in another committee [TC 362], and we [TC 164] are now developing one. These standards are not found anywhere else in the world. In this, Russia occupies an absolutely leading position, and this position must be promoted,” the speaker believes.

Yuri Hohlov also participated with questions and comments in the sessions “Digital transformation of construction, urban economy and housing and communal services. Digital Transformation Experience” and “Artificial Intelligence. Implementation in industries on the example of industry”.

The last session discussed barriers to the adoption of AI in industry. According to Yuri Hohlov, one of the most important barriers is the lack of regulation of the economic turnover of industrial data in Russia. In fact, the use of industrial data in the country is not banned, but is in a gray zone. The expert urged to pay attention to the experience of Europe in building industry-wide and European integrated data spaces (primarily industrial).

“The European Union realized that they had lost the race in dealing with large amounts of personal data to the United States and China. All they have left so far is to stay on top of the wave in working with industrial data. Europeans have adopted their strategy for working with data quite recently, have developed new bills to bring industrial data into circulation. We must also move in this direction as quickly as possible. And this is not only about the development of a law on industrial data, which has just begun to be discussed. There are many other points that actually do not provide us with the opportunity to use industrial data,” said Yuri Hohlov.