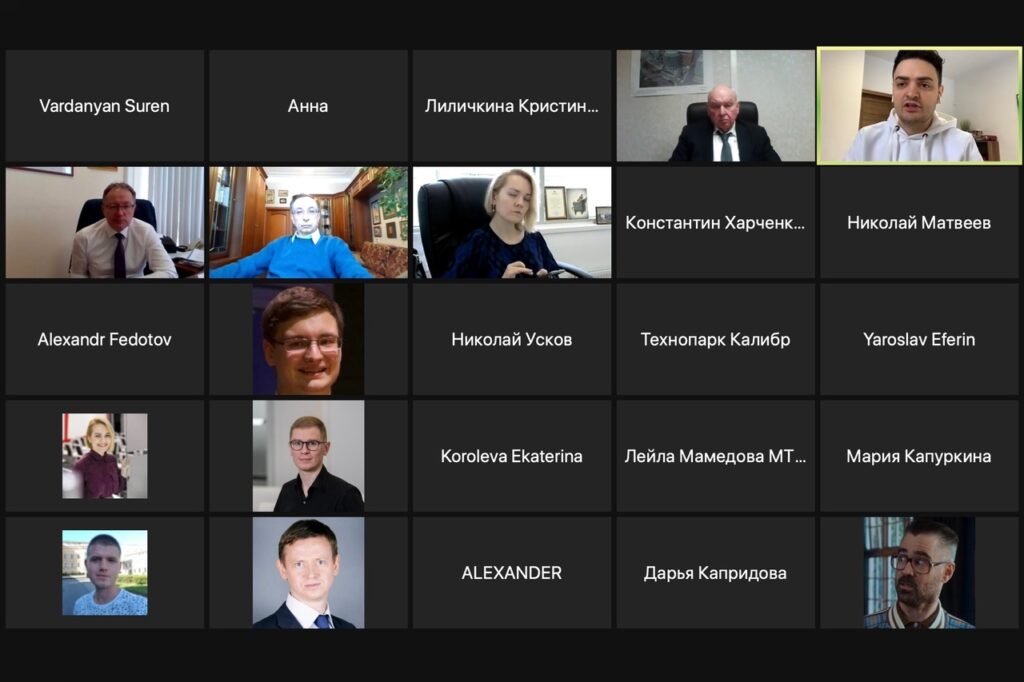 Yuri Hohlov took part in the meeting of the Committee on Industrial and Innovation Policy of the Moscow Chamber of Commerce and Industry “Big Data: Technologies that Change Life”

On February 25, a meeting of the Committee for Industrial and Innovation Policy of the Moscow Chamber of Commerce and Industry (MCCI) took place on the topic “Big Data: Technologies that Change Life”.

The meeting was opened by Mikhail Kogan, Chairman of the MCCI Committee on Industrial and Innovation Policy, Chairman of the Board of Directors of PJSC “Kalibr”, and Suren Vardanyan, Vice President of MCCI.

At the meeting, Yuri Hohlov, Chairman of the IIS Board of directors, Head of the Data Subcommittee (PC 02) of the Artificial Intelligence Technical Committee (TC 164), Head of the project “Monitoring and standardization of the development and use of big data technologies in the digital economy of the Russian Federation” of the NTI Competence Center at the Lomonosov Moscow State University made a report on “Standards in the field of big data“.

At the beginning of his presentation, the speaker gave the definition of the concept of “big data”, enshrined in the international standard ISO / IEC 20546: 2019 Information technology – Big data – Overview and vocabulary: they mean “big data sets, differing mainly in such characteristics as volume, the variety, processing speed and / or variability that require the use of scaling technology for efficient storage, processing, management and analysis. “

The expert also named the factors influencing the production, use and impact (economic and non-economic effects) of big data storage and analysis technologies. These factors include government policy and regulation, governance and financing mechanisms, human capital, R&D, digital infrastructure and information security.

Today, an international standard is being finalized for a framework for managing big data analytics, and work is beginning on a new series of four data quality standards for analytics and machine learning.

In Russia, work on the standardization of big data, according to Yuri Hohlov, is carried out by the Big Data Association, the Internet of Things Association, the Association of Data Market Participants, the NTI Competence Center for Big Data Storage and Analysis Technologies at the Lomonosov Moscow State University, the Institute of the Information Society, the Data subcommittee TC 164 “Artificial Intelligence” based on the Russian Venture Company.

TC 164 was created in 2019 as a national mirror image of the specialized international subcommittee ISO / IEC JTC 1 SC 42 Artificial Intelligence. The activities of the Data subcommittee are supported within the framework of the project “Monitoring and standardization of the development and use of big data technologies in the digital economy of the Russian Federation” of the NTI Competence Center at the Moscow State University. The staff of the Center participate in the activities of international working groups on standardization of big data and in the coordination of the development of national standards in this area.

To date, the Data Subcommittee has developed five draft national standards on big data, one of which is at the stage of regulatory control, two are at the stage of forming the final version, and two more are undergoing public discussion. “We want to quickly reduce the gap in standardization at the national level from international standardization. Therefore, we immediately launched the development of a series of national standards, in some cases identical, in some – modified in relation to international ISO standards, so that our data processing industry could use it, ”said Yuri Hohlov.

The NTI Competence Center at the Moscow State University has also developed a model of maturity for working with big data in an organization (Big Data for Digital Economy Maturity Model, BD4DE-MM) within the framework of the project “Monitoring and standardization of the development and use of big data technologies in the digital economy of the Russian Federation”. In 2020, based on this model, a methodology was piloted for (self)assessment of the maturity level of working with big data in an organization, and an online tool for (self)assessment was created, which will become publicly available in April. Thanks to this tool, according to Yuri Hohlov, each organization will be able to assess whether “it really has the whole set of conditions that will allow it to work effectively with big data.”

The BD4DE-MM conceptual diagram includes seven dimensions by which aspects of working with big data have been logically grouped. Five levels of maturity are also defined – sets of properties that an organization possesses. “It is extremely important for us to form our own domestic industry for working with big data, which includes a fairly large number of players – both manufacturers of relevant solutions and services, and technology developers,” added Yuri Hohlov.

The presentation by Yaroslav Eferin, the World Bank’s digital transformation consultant, was dedicated to the topic “Ethics of Data Use: International Regulatory Experience”.

“The topic of trust in data (and, in particular, the topic of data ethics) is one of the central topics of the forthcoming World Bank report on data policy in Russia. Over the past year and a half, in collaboration with representatives of government, business, academia and civil society, the World Bank has conducted a study to identify key strategic objectives for the implementation of data policy in Russia. On the basis of numerous consultations and interviews … a report was prepared, its presentation will take place approximately in April / May of this year,” Yaroslav Eferin said.

One of the Russian authors of the report is Yuri Hohlov.

The following speakers also spoke at the MCCI meeting: